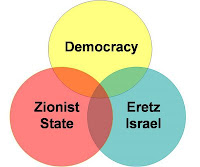 “Do you know the definition of a pessimist?” asks Afif Safieh, head of the PLO Delegation to the USA. He answers with a bitter smile: “an optimist with information.” In an interview with Akiva Eldar published in Ha`aretz back in September 2007, Afif said, “My message to the American society as a Palestinian diplomat is not `give up a friend` but `add a friend.` I don`t have a problem with the commitment to Israel`s existence; I`m just asking my American friends if you are also committed to Israel`s territorial expansion? Do your interests include the Israeli occupation in the territories? For this is it worth it for you to fight with the entire Arab world? I`m saying to my American friends that the U.S. is a wonderful society, pluralistic, and a nation of nations. It absorbed eight million Muslims, of them four million who are Arabs and 400,000 Palestinians… Public opinion polls show that 60 percent of Americans would like to see a more balanced policy toward us… and 70 percent support a solution of two states.”