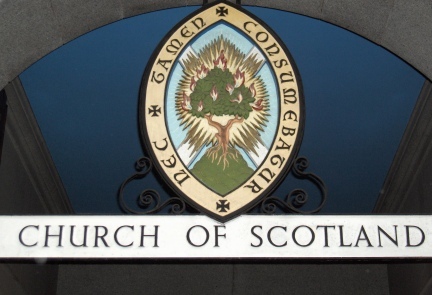 Now that the dust has settled on the decision of the Church of Scotland to withdraw their report, The Inheritance of Abraham, temporarily, so that the foreword can be rephrased after complaints from some Jewish groups, the initiative of CCJ to call a meeting of both sides to resolve misunderstandings and find common ground is to be welcomed.

Some of the reporting has been intemperate to say the least. In the Jewish Chronicle, for example, we read ‘This church report on Israel sets the clock back 70 years’ , ‘A damaging document‘ and SCoJeC Rebukes Church of Scotland Over Report. Sadly, Scottish Friends of Israel claim ‘Once again racism raises its ugly head in the form of anti-Semitism at the Church of Scotland.’

“The document is an outrage to everything that interfaith dialogue stands for. It is biased, weak on sources, and contradictory, and closes the door on meaningful dialogue.”

The CCJ leadership are, therefore, to be commended for proposing a meeting. I would not necessarily have described it as an “emergency meeting” but that perhaps reflects the gravity with which they regarded the need and it is good that the outcome has led to new understanding. See Emergency Meeting Brings New Understanding

CCJ CEO Rev’d David Gifford said: “The CCJ exists to bring Christians and Jews together and facilitate proceedings in a way that the various parties can talk and discuss areas of mutual interest but different sensitivities in a way that befits people of faith.

“Whilst we cannot and do not offer answers to these difficult issues it is important that we continue to support dialogue and understanding between Christians and Jews to enable them to make their own decisions about how to work together and move forward.

“The outcome of this week’s meeting demonstrates the ongoing need for this sort of assistance– and we will continue to help and encourage Christians and Jews to learn from each other to avoid creating a culture of anti-semitisim.”

That the Church condemns all things that create a culture of antisemitism.

Sitting round the table and listening to each other more deeply has created a real opportunity for both communities to better understand each other and that this report now becomes a catalyst for continued and growing conversation.

The two communities have agreed to work together both here and in Israel and the Occupied Palestinian Territories to continue what was a very positive dialogue.

I look forward to hearing how future meetings will bring representatives of the Palestinian community into the conversation as well, since they too share in the inheritance of Abraham.

This is all rather poignant since David Gifford proposed a similar meeting between myself and representatives of the Jewish community nearly 18 months ago when some were similarly unhappy with statements I had made. I am grateful to him for attempting to initiate such a dialogue and only regret that it has yet to happen. I know why but I cannot say (at least not yet)! See the Jewish Chronicle  Sizer: I am ready to meet the Board of Deputies any time.

It is to be hoped that this successful CCJ initiative in Scotland will filter down a little further south, sooner than later.

and The Inheritance of Abraham