This week the people of Britain have been preparing to vote. There has been unprecedented levels of media attention in the polls. Popular support for some of the candidates in the last few days has reached fever pitch. Not just in Britain but around the world, millions and millions of ordinary people have been watching, speculating and cheering on the candidates.

What has impressed voters has been the honesty, the integrity, the complete lack of guile, the down to earth, no nonsense, approach of some of the candidates. For weeks I have been in no doubt whatsoever as to the outcome. I believe that if Susan Boyle had been standing as a candidate for the local elections or the European Parliament, instead of last night’s final of Britain’s Got Talent, she would win on Thursday with a huge landslide. Susan is a 48 year old church volunteer from West Lothian in Scotland. She lives at home with her cat Pebbles. Susan has been singing since she was 12 years old. She  regularly attends her local church and helps them out however and whenever she can.

On Thursday, England goes to the Polls a second time this week. Turn out will probably be much lower than on Saturday night. It will be a referendum on our entire political system.

This is not a good time to be an MP.  Melanie Philips wrote,

“There has never been anything like it. The political class is disgraced. Public fury is unassuaged. Revolution is in the air. Yet our MPs are still obdurately behaving true to discredited form. Some are taking refuge in self-pity, claiming they are being driven to the edge of nervous breakdowns or even contemplating suicide. Certainly, public shaming is a savage ordeal. But since this has occurred only because MPs hid shameful behaviour which has now been exposed, such an appeal to public sympathy just adds insult to injury…parliamentary democracy certainly has been undermined – not by those who have shone a light on the corruption of the system, but by those who have corrupted it.”

How do we change the system? Hold up our hands, shrug our shoulders, stay at home or cast a protest vote? No, that is the last thing we should do on Thursday. Only the extremists will benefit. I urge you to vote. But not in some Pavolvian way as you have always done. Do your homework and vote for the local and European candidates who demonstrate integrity, who can earn your respect and will act responsibly as your representatives. That is the democratic way to change the system. And there is more that MPs can do as well. One political leader has declared that in future, when his MP’s submit their expense claims, they will simultaneously publish them online so that anyone can see what they are claiming for. That is how you change the system. Transparency. Although I am not claiming expenses at the moment, I want you to know that you can ask the Church Wardens to see any of my expense claims over the past 12 years, at any time.

God holds each one of us accountable for our actions. In Malachi, these Sunday mornings, we have been examining six such disputes God had with his people:

The Grace of God revealed in Malachi 2:17-3:6 from Stephen Sizer on Vimeo. 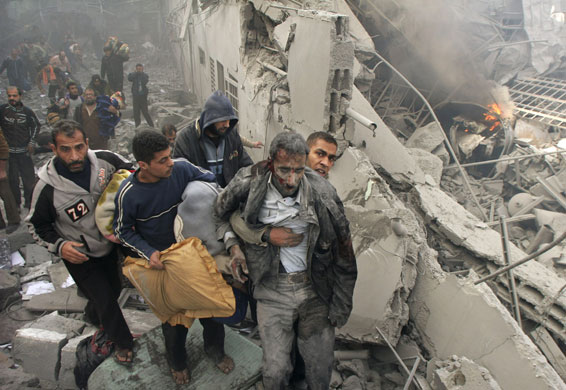 “Jesus went to Nazareth, where he had been brought up, and on the Sabbath day he went into the synagogue, as was his custom. And he stood up to read. The scroll of the prophet Isaiah was handed to him. Unrolling it, he found the place where it is written: “The Spirit of the Lord is on me, because he has anointed me to preach good news to the poor. He has sent me to proclaim freedom for the prisoners and recovery of sight for the blind, to release the oppressed, to proclaim the year of the Lord’s favor.” Then he rolled up the scroll, gave it back to the attendant and sat down. The eyes of everyone in the synagogue were fastened on him, 21 and he began by saying to them, “Today this scripture is fulfilled in your hearing.” (Luke 4:17-21)

In this paper I want us to examine the concept of justice in the eyes of Jesus. How did Jesus understand, teach and deliver justice? I want us to consider this question under five headings and see that biblical justice is relational; is creative; is liberating; vindicates; and restores. [1]