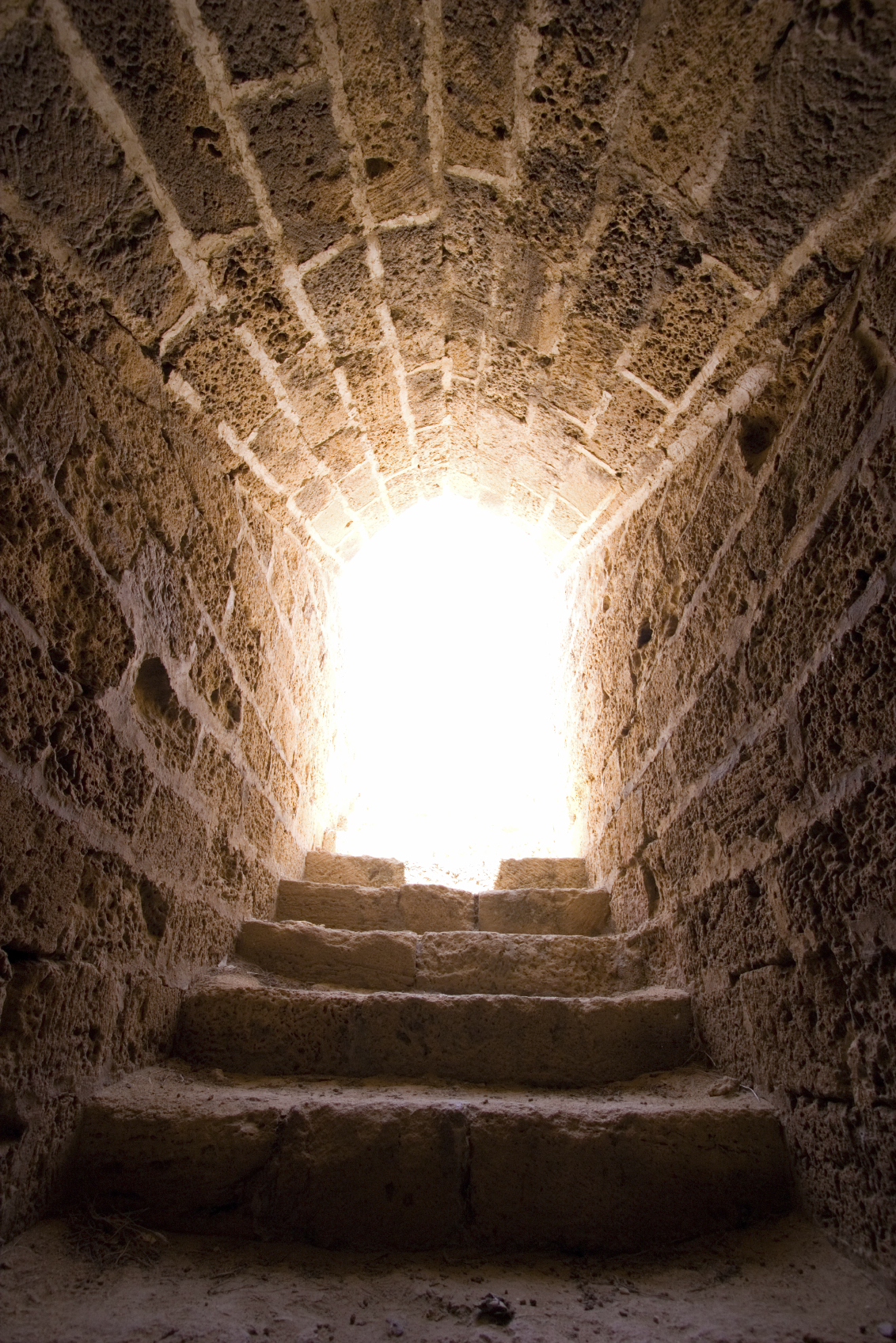 1. The Resurrection in History

The resurrection of Jesus was an historical event indelibly recorded in the memories of all who saw him and wrote down what happened.

We have their eye witness testimony in the Bible.

The places associated with the death and resurrection of Jesus are also recorded, in stone. They became places of worship. The Romans tried to destroy the churches by building pagan temples over the top of them. In 325 the Emperor Constantine became a Christian. His mother Helena visited Palestine to find where Jesus had died and rose again. The Christians who survived pointed her to the pagan shrines.

Instead of destroying them, they had preserved them! Here are four. All beginning with G: Gethsemane: Galicantu: Golgotha: Garden Tomb.

The resurrection of Jesus was historical. That’s the first dimension to Easter – Easter Past.
Secondly there is an Easter future!

2. The Resurrection in the Future

One of the greatest promises Jesus ever made is found in John 11.

After his resurrection, Jesus was able to appear and disappear. He was able to walk through walls and even fly – remember he ascended to heaven.

Death is not the end of life, merely a new beginning.

“When Christ, who is your life, appears, then you also will appear with him in glory.” (Colossians 3:4)

3. The Resurrection in the Present

“Praise be to the God and Father of our Lord Jesus Christ! In his great mercy he has given us new birth into a living hope through the resurrection of Jesus Christ from the dead.”  (1 Peter 1:3)

The resurrection is not simply a past event and a future prospect but a present experience.

Jesus promised “This is eternal life, that they may know you the only true God, and Jesus Christ whom you have sent.” (John 17:3)

We can enjoy 3 things beginning with the letter P.

Jesus first words to the gathered disciples after his resurrection were “Peace be with you.” (Luke 24:36). We are not alone any more.  “I will be with you always” (Matthew 28:20).

1. You were planned for God’s pleasure: Worship.
2. You were formed for God’s Family: Fellowship
3. You were created to be like Christ: Discipleship.
4. You were shaped for serving God: Ministry.
5. You were made for a mission: Evangelism.

Christians are the happiest people on earth a recent survey has found. Whereas only half of people say they are happy with life, eight out of ten

Christians say they are. Jesus promised “I have come that they may have life and have it to the full.” (John 10:10). That is certainly true.

The resurrection of Jesus is a three dimensional.

Past – Jesus resurrection really happened.
Future – one day we will be raised with him.
Present – peace, purpose and pleasure.

How can you have assurance of eternal life?

Believe “Christ died for sins once for all, the righteous for the unrighteous, to bring you to God.” (1 Peter 3:18)

Consider the words of the risen Jesus: “Here I am! I stand at the door and knock. If anyone hears my voice and opens the door, I will come in and eat with him, and he with me” (Revelation 3:20)

Do Yet to all who received him, to those who believed in his name, he gave the right to become children of God.” (John 1:12)

And if you have already received Jesus as your Lord and Saviour, then I invite you to renew your commitment to follow